November 03, 2014
This post was written last Thursday afternoon. I haven't felt comfortable sharing most of this information till now, but now I'm finding it very freeing. Thanks for reading and I hope I can inspire you to keep on with your current journey.

This has been a frustrating year health-wise for me. After finding the Body Ecology Diet and feeling so good for a while I had a bit of a relapse with my health. (I am not speaking about my diet, I still follow BED religiously.) I have actively chosen not to  write about this experience thus far out of   fear, a little bit of self-pity, and a lot of not wanting to deal with it. However, the universe sent me a very special message and inspired me to write to you all about what's been going on in my life.

I started not feeling well again about a year ago. I got glutened accidentally while out for dinner one night and began feeling extremely fatigued, achy everywhere, getting headaches, and having tummy troubles again. By Christmas I seemed to have things mostly back on track, but did notice I had gotten a little "puffy" and put on about 5 pounds. I told myself it my body compensating for the very cold weather we were having, but in reality I could see and feel that things were not right. In January I started experiencing tummy trouble again, this time a little worse than a few months before. In addition I started developing a rash on my right ring finger. In late February/early March I went back to my naturopath when I couldn't get the symptoms to clear. After a few sessions of  testing we discovered that I was reacting to dairy. So I took out the ghee and kefir and while my stomach cleared up, the rash was still there and was now moving onto my arm. While away for my 30th birthday my stomach started no longer tolerating eggs. Since the rash was not getting better, I had my naturopath do a full food testing on me and we discovered eggs, fennel, coconut, and powdered stevia were also a problem. I was also beginning to experience extreme fatigue again and was having trouble with my menstrual cycle. So I upped my stress relief techniques, took out all the foods, and lotioned up 3x a day with coconut oil.

The rash seemed to be under control but in July it began acting up again along with my mentsrual cycle. It was spreading on to both the top of my hand and on my palm. I began using every anti-inflammatory remedy I knew to no avail. The rash continued to spread and in September it tested positive as being viral related. It has vanished and come back full force 3 times over the last month and I had had it. It was embarrassing, annoying, painful, itchy, and made me feel so self-conscious. It was also now on my neck and I had dance students of mine asking what was wrong with me. Talk about feeling fed up with a non-cooperative body!

After the dermatologist determined that it was just a very severe case of eczema, she was reading through my paper work and noticed that I adjunct at Monmouth University. She thought her clinician's son went there and went to ask her. She brought back a women who I knew and hadn't seen in at least 7 years. It was the mother of a former tutoring student of mine and we reunited with joyful hugs and began to catch up. She thanked me for all of my help with her daughter while she was struggling in school and told me her daughter is now a successful nursing professional going for another certification upgrade. I was so proud and happy to hear I had affected someone in such a positive way. I have fond memories of this family and am so happy the universe reconnected us. We are now connected again through social media and I feel so blessed to have walked into that doctor's office today. This is when I know everything happens for a reason.

While I'm still not feeling 100%, I am definitely on my way to figuring out part 2 of my health journey. In all of this I've learned that even when we're feeling crummy, the universe has angels waiting to remind us that there is a plan. I feel I was meant to walk into that doctor's office today. So when you're feeling like giving up or just really frustrated lookup; there's always an angel waiting to remind you it's all going to be ok. 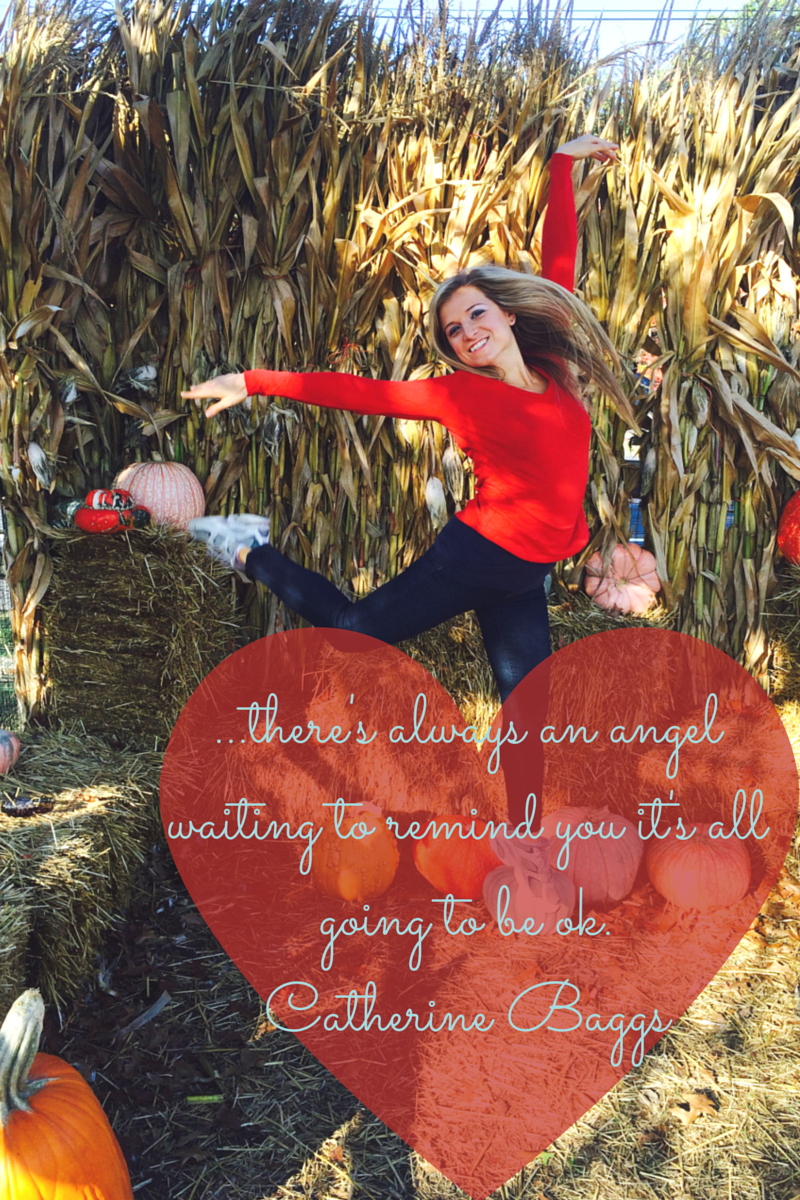 Popular posts from this blog

The Truth About My Journey With The Body Ecology Diet

December 03, 2015
It's been a really long time since I've posted here. Some of it was because life's been very busy. A lot of it has been because I've been afraid. I'm afraid of disappointing you, my tried and true readers. I've received so many wonderful messages over the last 3 years since starting the Body Ecology Diet that I'm an inspiration and that my blog has helped you to stay on track and commit to your health. I was afraid that if I wrote that I've been struggling lately that you would be disappointed. I haven't abandoned my beliefs about the wonders of this lifestyle at all. In fact I believe in it 100%. After my wedding 2 1/2 months ago, I had a lot of emotional baggage come up. I'm so happy in my marriage and have the best husband in the world but I no longer have the distraction of wedding planning to keep me distracted from really dealing with my issues; issues that go beyond food. You see Body Ecology taught me that this whole adventure is a mind/b
3 comments
Read more

November 23, 2014
I am a self-proclaimed summer chic. I much prefer warm sunny days over the cold chilly winter days that accompany the upcoming holiday season. That being said, there is one thing I do love about this time of year and that's the autumn harvest! My favorite squashes are in full bloom and I can't get enough of them. They're warming, a little sweet, and in my opinion nature's own organic comfort food. I mean seriously nature was cool enough to give us a "pasta" plant ready for you to mix up with your favorite sauce! (If you haven't experienced spaghetti squash, I suggest you get your hands on one immediately. No boiling water required and you can even use the "skin" as a bowl!) So what are the different types? Here's a list of my favorites! Delicata squash. It almost looks like a multi-colored cucumber (except with a much firmer exterior). I have made both savory and sweet dishes with this deliciously versatile squash! If you haven&
Post a Comment
Read more
April 23, 2016
I started this blog as an accountability tool when I began the Body Ecology Diet almost 4 years ago. There have been a lot of life changes this year from marriage to new jobs. When I started my journey it was because I wanted to be healthy and glowing for my wedding day. After the wedding, I can honestly say I felt  a bit lost on my health journey because my motivation was gone. I have a wealth of knowledge about healthy eating, meditation, self-care, and exercise at my fingertips but I became very unsure of my motivations. This morning I'm writing to tell how I've re-discovered my motivation. My husband recently read Louise Hay's book  You Can Heal Your Life  and has been sharing her mantras and guidance with me. I read the book myself a few years back but have found his discussions re-igniting the fire inside me. You see the only way we can make healthy lifestyle changes and truly find happiness is to love ourselves. Last night I went to dinner with some of the most ins
1 comment
Read more

Catherine
In July of 2012 I was diagnosed with a severe gluten intolerance. I had spent the last few years chronically fatigued, constantly sick, lacking motivation and energy, and feeling depressed. I was sick and tired of doctors telling me that it was all related to seasonal allergies and advising me to just take zyrtec everyday for the rest of my life. I felt no one was listening to what I was saying and more often than not was told it was all in my head. I decided to take my health back, see a holistic practitioner and begin a new vibrant life. Since that time I've also been diagnosed with allergies to eggs, dairy, fennel, shellfish, and coconut. I follow The Body Ecology Diet way of life and was forced to get my butt in the kitchen to re-invent my favorite recipes into safe, healthy, nutritious treats. My hope is that my journey will inspire you to take control of your health and have a lot of fun along the way. Thanks for stopping by and enjoy!